Subscribe to our monthly newsletter to discover the historic secrets of the land, people and towns around Colorado: 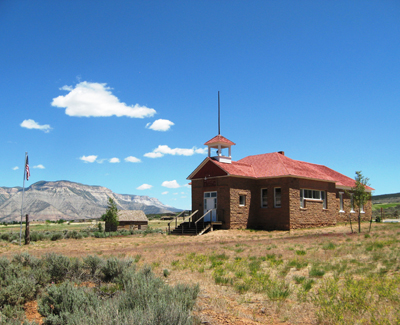 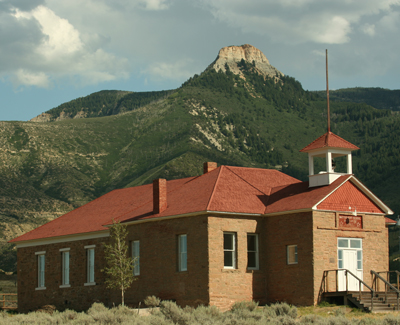 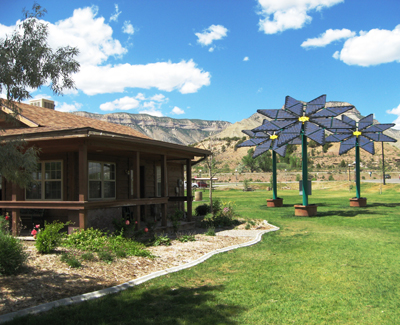 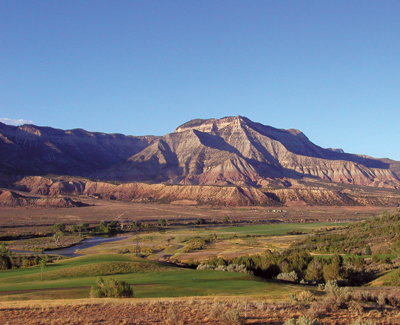 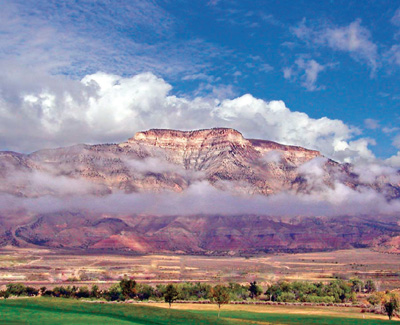 Located at the crossroads between the rugged mountain ranges and the mesas and plateaus of Colorado’s Western Slope, the region surrounding Battlement Mesa and Parachute was once the seasonal campground of the Ute Indians. Later the area appealed to the early settlers who, tired of cold winters in the high mountain terrain, sought a more moderate climate for ranching and farming. As a result, the valley is rich with both Native American history as well as that of early Colorado settlers. Starting in the mid-to-late 1800s the area transitioned from first farming and ranching to mineral extraction with links to both the east and west coast via the railroad and later by the automobile. Today in the 21st century, Parachute and Battlement Mesa are highly desirable communities for those seeking diverse recreational opportunities and a desire to enjoy the great Colorado outdoors.

Did you know the town of Parachute is the home of “The Rock that Burns”?

In 1882 pioneer Mike Callahan built a cabin with an oil shale rock fireplace despite stern warnings from the Ute Indians who told him that the rock would burn. At the cabin’s housewarming, attended by both white settlers and Utes, the shale rock of the fireplace ignited and set fire to the cabin—which burned to the ground. Forever afterward, Mike Callahan was an oil shale advocate. Mt. Callahan, the spectacular peak west of Parachute, was named in his honor.

In addition to oil shale, the area is rich in soda ash deposits as well as abundant amounts of natural gas, including propane and butane. Locally produced natural gas and soda ash are now sold throughout the U.S. and the world.

Did you know Battlement Mesa was named for its surrounding geographic formations?

The layered formations beckon active visitors to enjoy an all day hike to the top of the Battlements—part of the largest contiguous mesa in the U.S. running from Grand Junction to Rifle. Hikers can enjoy native cutthroat trout fishing ponds, lush meadows, wildlife and spectacular 360 degree views.

Pioneer ranchers found the Colorado River valley beneath these mesas to be ideally suited for raising cattle. In 1897, the ranching community built a quarried rock school on the mesa. Today, Battlement School—the Queen of the Mesa— has been renovated and the site enhanced by the addition of The Glover Cabin. Moved from Parachute Creek, the cabin is an example of an early 1900s pioneer ranch home.

Did you know Parachute is the only town in the world with this name?

According to legend, a member of the Hayden Survey in 1879 noted that the watershed patterns of the Roan Plateau, north of present day Parachute, resembled parachute lines and chose the name “Parachute” for the area. According to a June 30, 1910 edition of the local newspaper, however, the town’s name came from the Ute word, “Pahchouc.”

In 1904, local residents changed the town’s name to Grand Valley to take advantage of a real estate promotion in nearby Grand Junction which is situated in the Grand River Valley. When the railroad conductor announced, “Next stop, Grand Valley” settlers disembarked thinking it was Grand Junction. Local sales agents at the train depot were on hand to tell settlers about Grand Valley’s (Parachute) property. Grand Junction hated having one “put over them” by such a small town. In 1980, the town was renamed Parachute.

Did you know Battlement Mesa is the only planned community on the Western Slope?

Parachute has acknowledged the importance of alternative energy by recently installing solar flowers which provide energy at the Visitors Cabin and information center just off of I-70 at Exit 75.